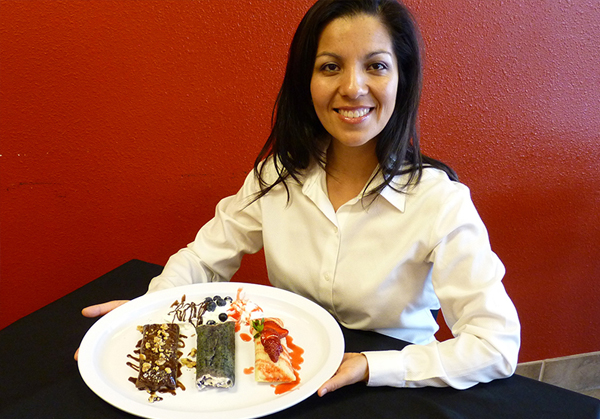 After experiencing years of disappointment trying to find quality tamales at local restaurants, Liz Sanchez realized that if her family wanted tamales done right, they would have to make them as they had done for so many years at home, but on a restaurant level.

In 2010, Fresno CDFI provided Liz with the startup investment she needed to fulfi ll this dream. “Fresno CDFI saw the potential of CASA de TAMALES when regular banks just seemed to look the other way,” says Liz.

CASA de TAMALES offers not just traditional tamales, but entirely new varieties. These new offerings began to change the way people saw tamales. They could now be enjoyed by vegetarians, vegans, even those with a sweet tooth. Liz didn’t stop there. She realized the need for gluten-free options. So, after months of research, CASA de TAMALES updated its entire menu, making all her tamales Gluten-Free. This was all made possible due to a decision to make her own masa. By making its own masa (from non-GMO corn), CASA de TAMALES could ensure that no lard or shortening would ever be used. CASA de TAMALES went even further, paying homage to Tamales’ true Native American beginnings by doing its own ‘Nixtamalization’ process and Stone-Grinding its masa.

Over the past few years, her dedication to making creative high quality tamales has earned CASA de TAMALES a strong, loyal following, not just at the restaurant, but at many outdoor venues, too, via Farmers Markets, Mobile Food Happenings, Community/Charitable Events, Corporate Functions and Special Occasions. This year, CASA de TAMALES expects to be able to offer its tamales to a whole new market through retail outlets. This exciting new opportunity will make their offerings available beyond the Central Valley, and perhaps even beyond California.

All this success began with a family’s dream, a lot of hard work, and assistance from the Fresno Community Development Financial Institution (CDFI). “Our success is CDFI’s success,” says Liz “It’s a success we both share with Fresno. We’re truly grateful to Fresno and the entire Central Valley.”

Learn more about our startup loans by clicking the link below!