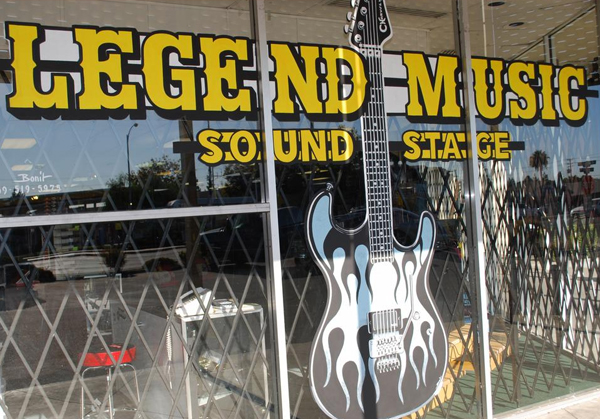 Owners Doug John and Francie Denis opened their first Legend Music store in Manteca, CA in 2011. They expanded to a second Central Fresno location in July, 2012 by acquiring Sound Stage which had deep roots in the Fresno music community. The store serves musicians of all walks of life particularly music programs at surrounding schools. When they acquired that location, they were not ready for the utility bills that started to come in. They tried to save energy by operating with only half the lights, but the store just looked dark and dingy. They heard about the Fresno Energy Watch program offered through the Fresno County EDC and RHA, Inc., which provides energy efficiency upgrades to lower a business’ energy bill through approved contractors.

After qualifying for a Powerloan with Fresno CDFI, they were able to install a complete set of new lights. Financed over 12 months, the loan payments are lower than the energy savings. They were floored with the savings, their bill was cut in half, only taking four months for the new lights to pay for themselves! Now they are looking at doing the same to their store in Manteca.

Looking to expand your business?

Learn more about our micro loans by clicking the link below!