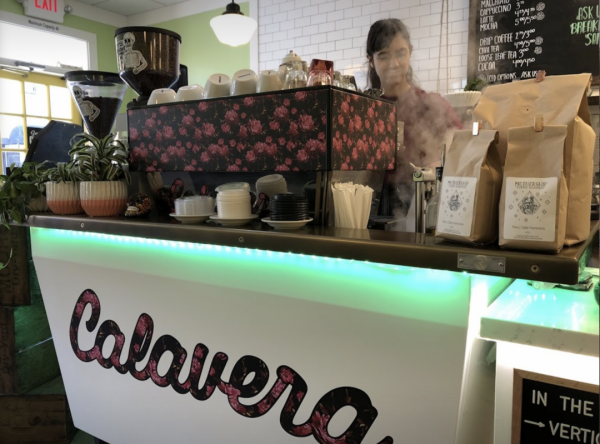 Calavera Coffee had been a part of the Hollister community as a coffee cart for a while, but they were looking to expand into their own space. When Evan approached different loan agencies, he was passed around through email chains and calls, and felt the experience was very impersonal. With Access Plus Capital, things were done “old school”. Evan loved how they wanted to truly learn about his business, and get to know the person they’d be lending to.

Evan received assistance from Access Plus Capital team members Eddie and Ronna, and got through the process seamlessly. Access Plus Capital was helpful in making sure he knew exactly what he needed to provide, Evan said, “They would stay on the phone with me for a while, I felt like I was a priority.”

Now, Calavera Coffee Shop has transformed from a pop-up coffee bar, to its own fully-fledged café. Calavera is a multi-roaster specialty coffee bar, they source their beans from small roasters all over the U.S. They keep their regular menu simple, but also have a rotating menu of specialties so they can dream up new drinks. Calavera focuses on locally sourced ingredients like Santa Cruz Chai and Holy Kakow making them a favorite for San Benito County locals. In the future, Calavera Coffee wants to open another location in Hollister, and eventually start their own specialty roaster. They’d also like to use the same strategy to expand into other cities, starting as a coffee bar, and eventually opening stand-alone cafes.

Access Plus Capital is proud to be a part of Calavera Coffee’s journey to success, and we look forward to seeing more from Evan and his team in the future! If you are a business owner in the San Benito area looking for funding, Access Plus Capital can help!

Learn about our business loans by clicking the link below!