From A Dream Deferred to A Dream Realized 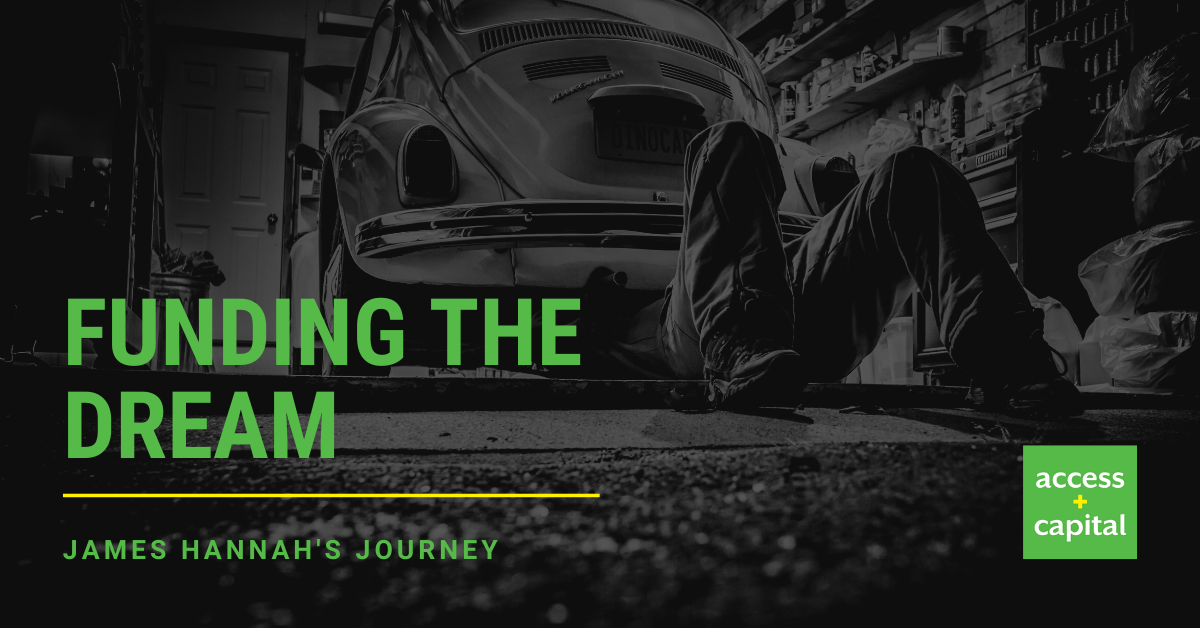 James Hannah, 60, had tried to secure a business loan for an auto repair shop since he graduated from Fresno City College’s auto mechanic program in 1986.

Before entering the program, Hannah was unable to get a job and had sought help from the Fresno Economic Opportunities Commission, which paid for his training at Fresno City College. He was assured that the certificate in the automotive program would be as good as money in the bank, and he would qualify for small business loans to set up his own shop.

“I was told every time, ‘Your credit isn’t up to par,’” Hannah said. “I never had credit before that. I thought, ‘They’ll give you an opportunity to build your credit up.’”

In the 34 years between the beginning of his application process, Hannah said he prayed and waited patiently.  After his story was published in the Fresno Bee, on Aug. 17, Hannah was contacted by Tate Hill, executive director of Access Plus Capital.

It is more than a start. It is a dream deferred, to a dream realized and evidence that a media spotlight can result in a very positive outcome. Hannah’s dreams, deferred 35 years, are now within reach.

“Two young ladies [from Access Plus Capital] worked with me,” Hannah said. “Now, a third young lady is working with me to help me get started. So it was a team effort. They were really easy to talk to, easy to work with. They were very professional guiding me through process every step of the way.”

“I feel very grateful. I’m thankful to God, for sending them my way, thank you to Tate Hill, for assigning me to the right person. And a very special thank you to Janay Conley who was with me through the whole process,” he said.

Before everything can be finalized, he needs space — a place for his brand new “Hannah’s Smog Center.” While he shopped for the ideal location, he discovered that the city of Fresno has rezoned some parts of southwest Fresno in a way that precludes many types of businesses. “It’s just sad the way they’ve done it,” Hannah said. “People had to come out North in order to open up a business.”

While he was waiting for the funding, he had started looking for a place to locate his business and thought he had found one. He and the owner agreed on price and conditions that he incorporated into his planning. Once the funding was confirmed, Hannah said the landlord changed his tune. “He changed up on me, and the funding was already set for the amount he had told me, so I couldn’t take it.”

Hannah is determined to get things going and to succeed in this business endeavor.

“I’m just excited. I am excited about it,” he said. “it was all God’s doing. He was waiting for the right time for me.”

Hannah also sees his loan approval and business goals as a win for his entire community.

“I would strongly recommend the Access Plus Capital team for anyone trying to secure a business loan.”